Who and when:
From 1929-1932 scholar Herbert Blumer led a group of high-standing scientists in conducting a series of studies aimed at discovering the overall impact movies have on children and adolescents. This research is now referred to as the Payne Fund Studies, named after the private foundation Payne Fund, which provided the financial backing necessary for the project (Sparks, 2006).

What:
The study was performed by over 18 social scientists and focused on the key effects movies had on certain media study groups. While many are led to believe that the Payne Fund Studies focused solely on the effects of movies on young children, it actually examined a much more wide-ranging age group including adolescents and young adults. The overarching objective of the studies was to assess the impact movies were having on the culture of America's youth (Jarvis, 1991). A 1933 article from the Spokane Daily Chronicle discussed some of the questions addressed in the studies:

Emotional impact was measured through galvanic skin response, a physical response can be caused by an emotional event, such as sweating. Surveys, questionnaires, and interviews were also used. The results were presented as 13 studies in 10 volumes (Sparks, 2006). The study found that the media has a strong effect on children, who were determined to be highly impressionable. Not only do they respond emotionally, but they also imitate many of the behaviors they witness. Other findings from the studies include; some children experience cases of sleep deprivation as a result of watching movies, children who attend movies often behaved more poorly than those who saw fewer films, and the viewing of fear and tension vastly increased emotional impacts (Jarvis, 1991). The video clip to the right provides both classic and modern examples of films that produce these severe emotional impacts. 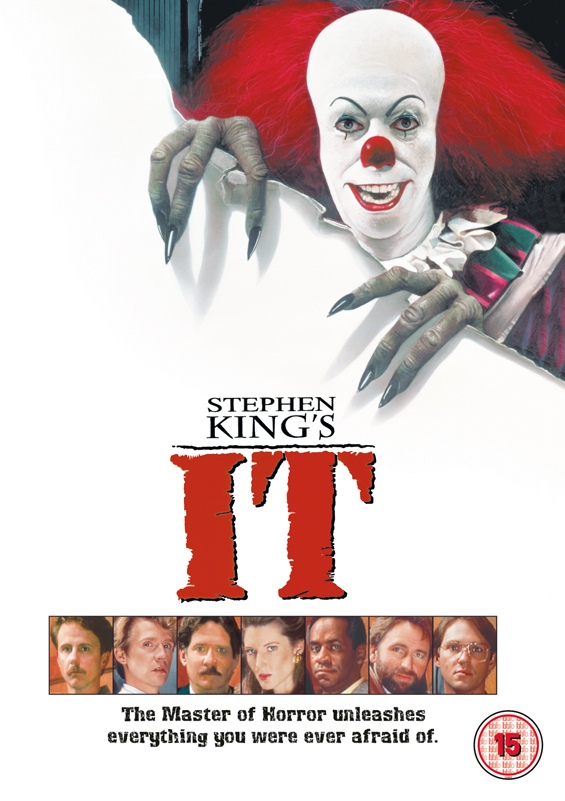 Why:
The Payne Fund Studies were instrumental in establishing a system to grade movies on what should and should not be seen by children. It was the first study which studied the effects that movies, and viewing certain content in movies, had on children. The studies were done to help ease adults’ minds that what their children were watching would not disturb the minds and futures of the young viewing audience (Ash, 1999).

Relevance to the history of media effects research:
-The researchers of The Payne Fund Studies took the first step into studying the effects of movies on society. Their questions, interviews and analytical studies are the building blocks of media effect research. "What makes this series an amazing intellectual achievement is the range of tal 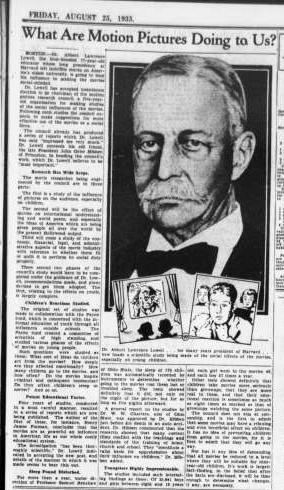 ent, the variety of questions asked, the scope of methods employed, and the general cooperation of these different research teams" (Healthy Influence blog). Their research is especially important to today’s understanding of media effects because the similarities from 1929 and today are so evident.

-One key reason that the Payne Fund Studies impacts the history of media effects includes researcher Edgar Dale’s study on film themes. He studied the content of 1,500 films between 1920 and 1930. He categorized them into children, comedy, crime, history, love, mystery, sex, travel, social propaganda and war. He found that 75% of the films studied were classified as crime, love and sex. These results are important to the history of media effects because these themes are the most controversial in today’s society (Sparks, 2006).

-Another key reason includes the galvanic skin response study that was used to test physiological effects on young children and older adolesc ents when watching films. The researchers found that young children were not physiologically affected when watching a romantic film. However, older adolescents showed a great increase in their galvanic skin response. Researchers today have used this groundwork to understand that there is a theoretical distinction between a young child’s response and older adolescents’ response to film content (Sparks, 2006).

No author listed (1933, August 25). What are Motion Pictures Doing to Us? Spokane Daily Chronicle.